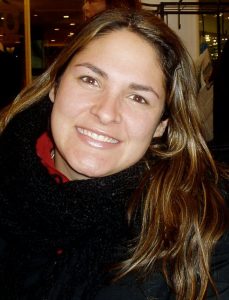 On Thursday July 9th at 7PM Juliana Rangel will be presenting to us on the “Effects of exposure to miticides during development on the reproductive quality of queens and drones”. Information on how to connect to this meeting will be sent to the OCBA listserv, or you can e-mail Carrie at cdonley33 at gmail.com for connection information.

Most honey bee (Apis mellifera) colonies in the United States have been exposed to the beekeeper-applied miticides amitraz, coumaphos, and tau-fluvalinate. Colonies are also often exposed to agrochemicals, which bees encounter on foraging trips. These and other lipophilic pesticides bind to the beeswax matrix of comb, exposing developing bees. We explored whether pesticide contamination of beeswax used for queen and drone rearing affects the reproductive health of adult reproductives. We did so by measuring queen physiology markers including mandibular gland chemical composition, egg-laying rate, worker retinue response, sperm viability, and mating frequency. Our results support the idea that pesticide exposure of wax during bee development is an important and concerning factor impairing honey bee health.

Born in Colombia, South America, in 2004 Juliana obtained a B.S. in Ecology, Behavior, and Evolution from the University of California, San Diego. In 2010 she obtained a Ph. D. in Neurobiology and Behavior from Cornell University in Ithaca, NY, working with Dr. Tom Seeley. In 2010-2013 she was a NSF Postdoctoral Research Fellow working with Dr. David Tarpy at North Carolina State University. In January 2013, Juliana became Assistant Professor of Apiculture in the Department of Entomology at Texas A&M University (TAMU) in College Station, TX. She became Associate Professor with tenure in 2018. Her research program focuses on the biological and environmental factors that affect the reproductive quality of honey bee queens and drones, the genetics of feral honey bees, and the quality and diversity of honey bee nutrition. She is an active member of the Texas Beekeepers Association and has spoken to dozens of beekeeping associations across the USA. She teaches the courses Honey Bee Biology, Introduction to Beekeeping, and Professional Grant Writing. Since 2014 she has been the coach of TAMU’s undergraduate and graduate teams of the Linnaean Games at the branch and national games of the Entomological Society of America (ESA), earning first and second place nationally three years in a row. She is the 2020 Secretary Elect for the Southwestern Branch of the ESA and is the past elected chair of the National ESA’s Diversity and Inclusion Committee. She also currently serves as chair of Entomology’s Graduate Student Forum Committee, the Graduate Admissions Committee, and is chair of the Graduate Student Recruitment Travel Grant. She was 2014 President of the American Association of Professional Apiculturists.