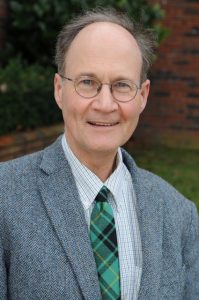 Tom Seeley, the Horace White Professor in Biology at Cornell University, will be presenting to us at our regularly scheduled meeting on June 11 at 7PM!   Dr. Seeley will be presenting on “The bee colony as a honey factory”.  We will explore how a colony of honey bees operates as a factory that produces honey efficiently despite tremendous day-to-day swings in the supply of nectar, the raw material for making honey.  An important feature of the organization of the honey production process is a division of labor between the nectar foragers, elderly workers who toil outside the hive collecting the nectar, and the nectar receivers, middle-age workers who toil inside the hive converting the nectar into honey.   We will see how the bees can boost their colony’s rate of nectar collecting during a honey flow, using the waggle dance and the shaking signal.  And we will see how the bees can also boost their colony’s rate of nectar processing—to keep the rates of nectar collecting and nectar processing in balance—by means of the tremble dance and stop signal.   In this talk, he will show videos of bees producing all the signals mentioned above:  waggle dance, shaking signal, tremble dance, and stop signal.

Dr. Thomas D. Seeley is the Horace White Professor in Biology at Cornell University. He is based in the Department of Neurobiology and Behavior, where he teaches courses on animal behavior and does research on the behavior and social life of honey bees. His work is summarized in three books: Honeybee Ecology (1985), The Wisdom of the Hive (1995), and Honeybee Democracy (2010).  In recognition of his scientific work, he has received the Alexander von Humboldt Distinguished U.S. Scientist Prize, been awarded a Guggenheim Fellowship, received a Gold Medal Book Award from Apimondia for The Wisdom of the Hive, and been elected a Fellow of both the Animal Behavior Society and the American Academy of Arts and Sciences.  His most enduring honor, though, is to have had a species of bee named after him: Neocorynurella seeleyi

Information on how to connect to this meeting was sent to the OCBA listserv.  If you are not on the listserv, but would like to join us, please send an e-mail to Carrie at cdonley33 at gmail.com.

Scroll Up
Powered By Ultimate Auction